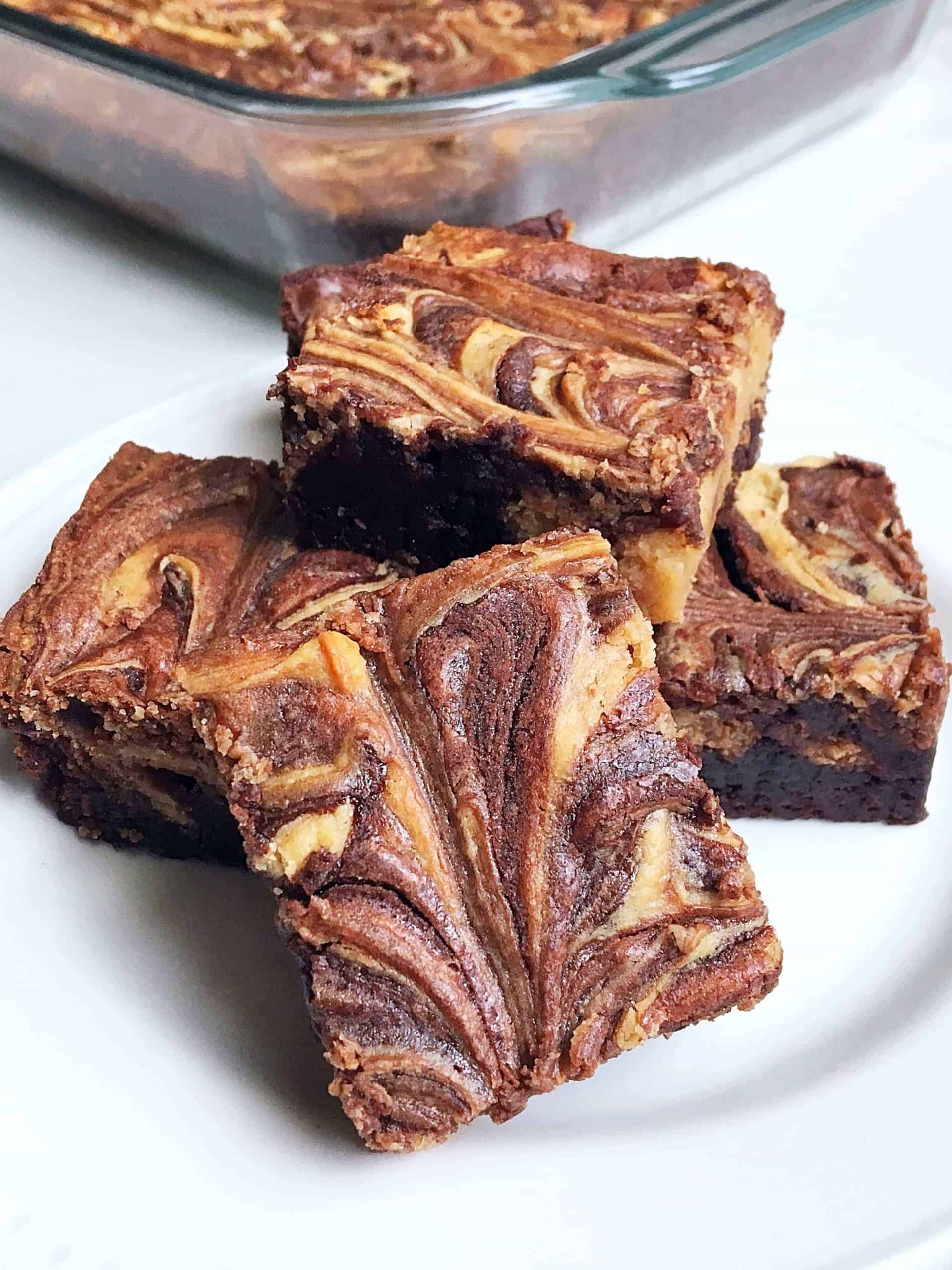 Happy Friday Everyone! Can you believe it’s already March? I don’t know about you all but I’m so ready for springtime weather, getting outdoors and enjoying the sunshine, and having fun gatherings with family and friends.

And of course a gathering wouldn’t be complete without a yummy dessert, which is why I’ve teamed up with my friends at Save-A-Lot today to bring you a delicious better than the box brownie recipe.

Today I’m sharing my easy to make Cheesecake Peanut Butter Swirl Brownies that are the perfect choice when you don’t have time to make something from scratch, but you want brownies that taste absolutely amazing. 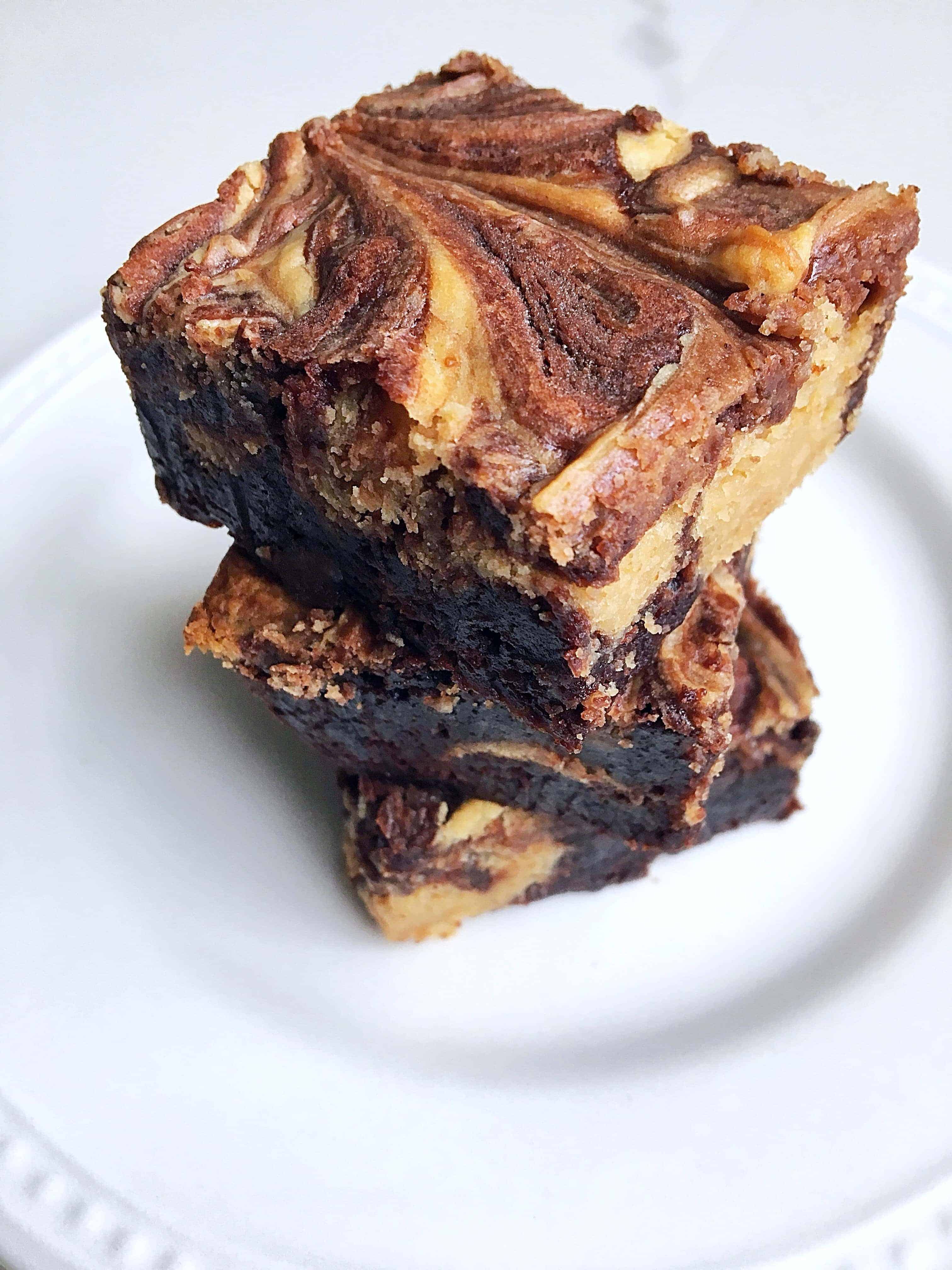 This is a sponsored conversation written by me on behalf of Save-A-Lot and contains affiliate links. All opinions are 100% mine.

If you’re like me, you probably love a good boxed brownie mix but sometimes you want a little something extra. And what goes with chocolate better than peanut butter and cheesecake? ( That’s a rhetorical question in case you’re wondering 😉 ) 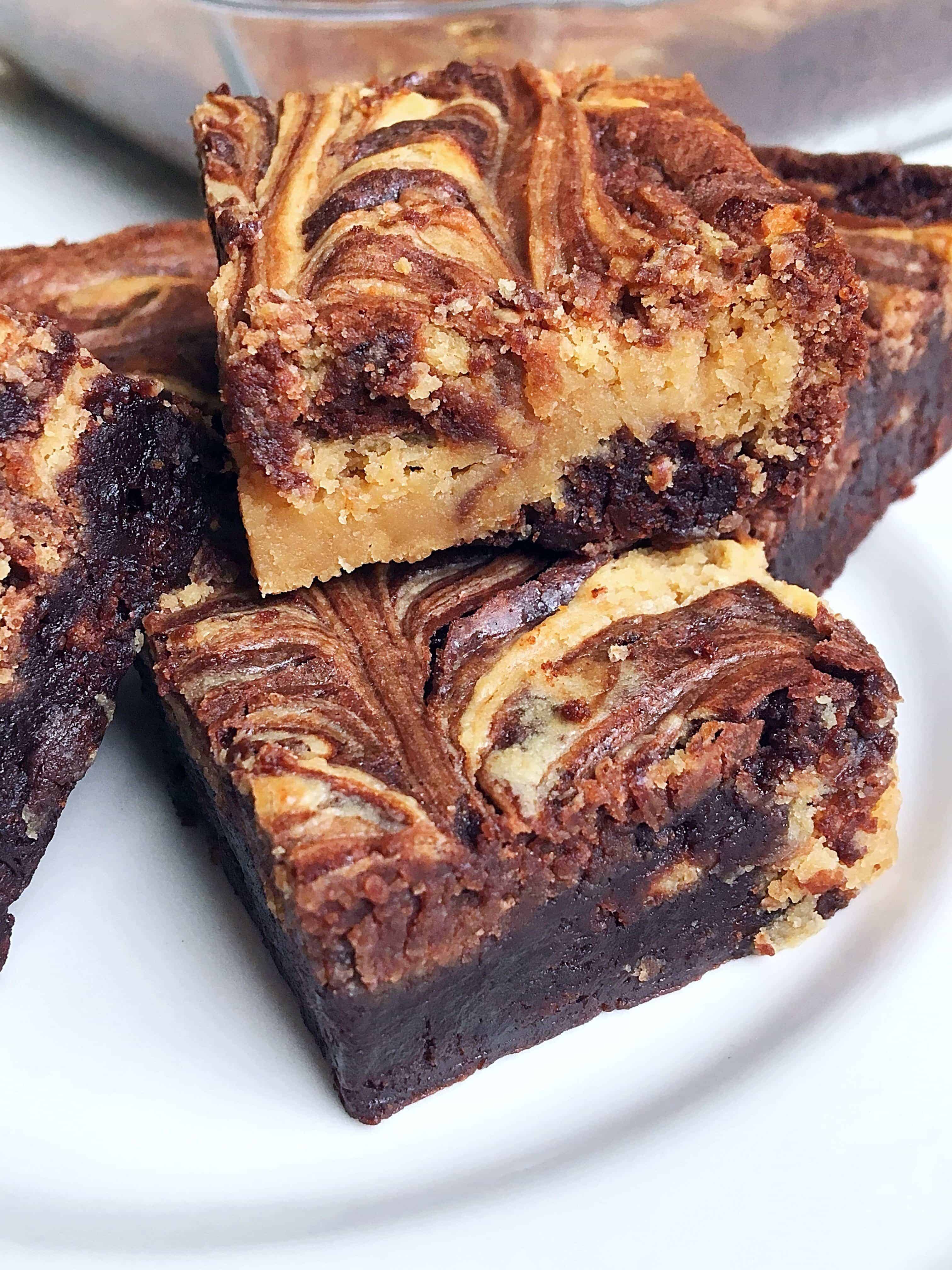 The fudge brownies alone taste amazing, but the wow factor to these peanut butter swirl brownies happens once you add in the sweet peanut butter cheesecake mixture. All the flavors go together perfectly and you’ll be tempted to keep grabbing another brownie bar (or two).

Hands down these are the best peanut butter brownies I’ve ever made (and eaten) and I can’t help but adore how pretty they look. I mean is there really anything prettier than a nice fudge marble effect? 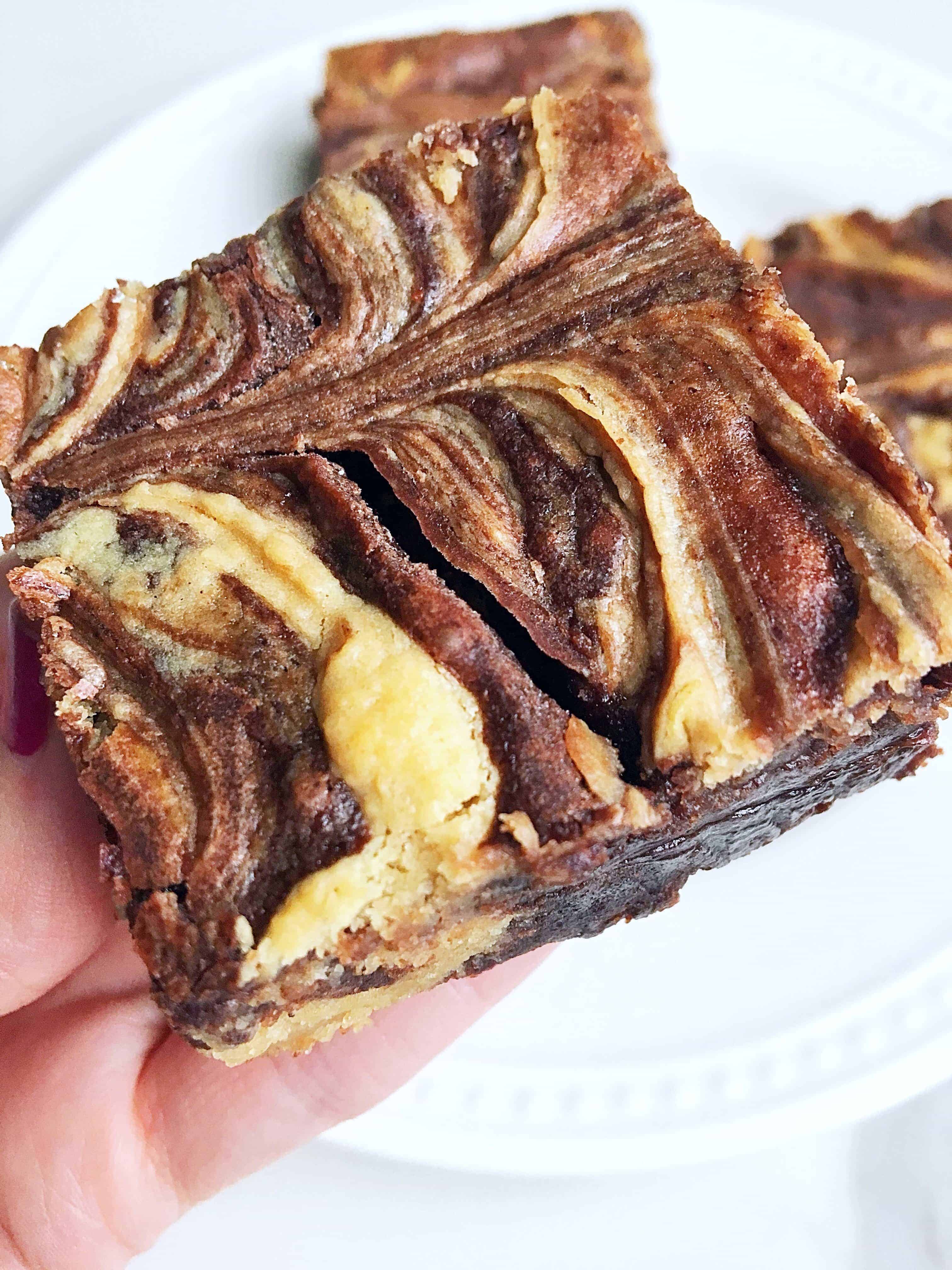 And can we please talk about how well peanut butter, cheesecake, and chocolate go together in brownies? It’s a match made in dessert heaven if you ask me. The base of this recipe starts with a simple fudge brownie mix that I found in the baking aisle at Save-A-Lot. I always love shopping at my local Save-A-Lot to save money, as prices are 40% lower on everyday essentials.

While picking up my box brownie mix, I was able to easily find the rest of the ingredients needed to make the cheesecake peanut butter swirl, including cream cheese, peanut butter, sugar, flour, and vanilla extract- all at low prices! 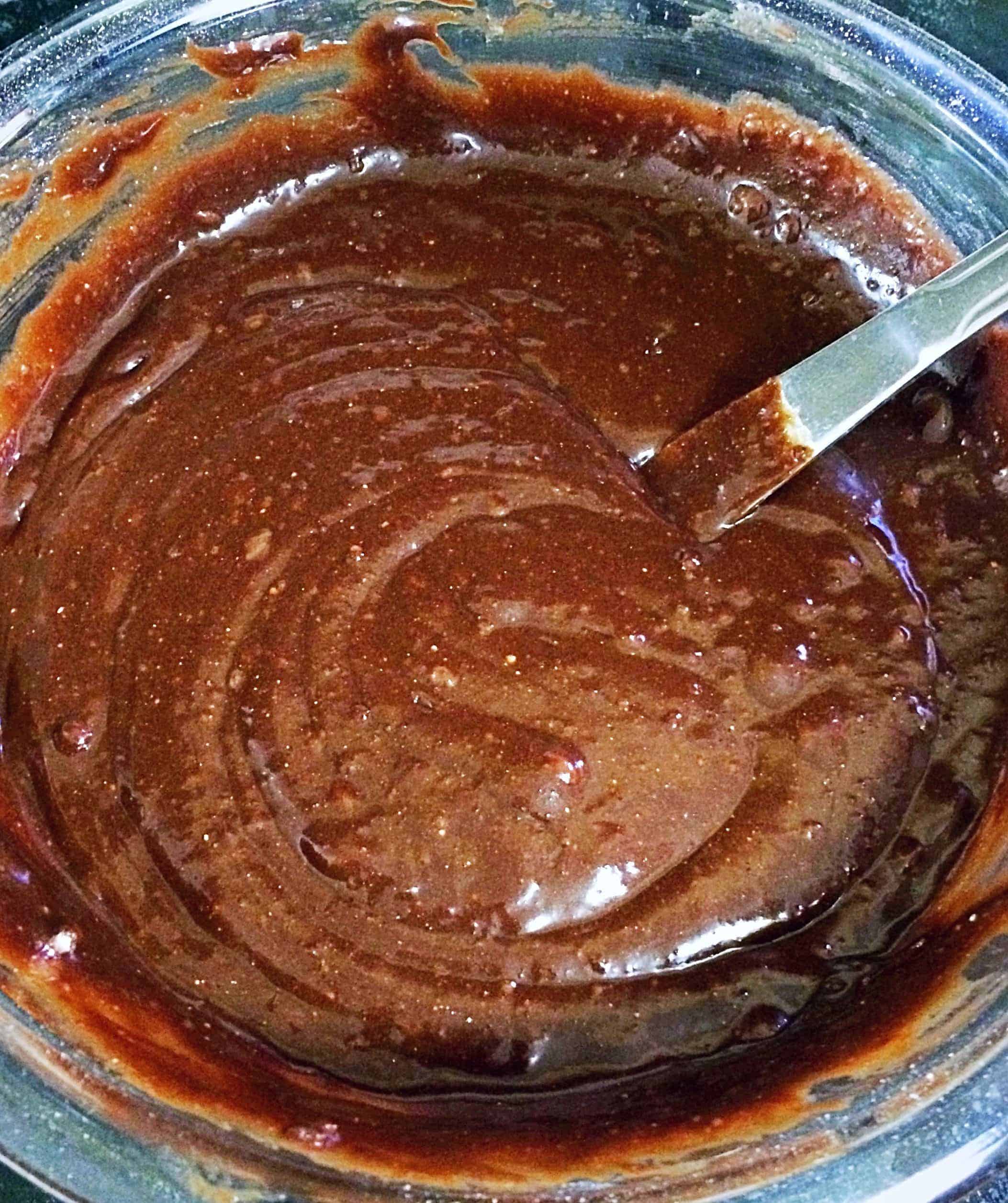 To create a beautiful marbled effect, simply take a knife and draw vertical lines across your batter, followed by horizontal lines. If you want it even more mixed up, you can also do small swirling motions to give it a super pretty effect.

Below is what it looks like before baking. See the long vertical lines? 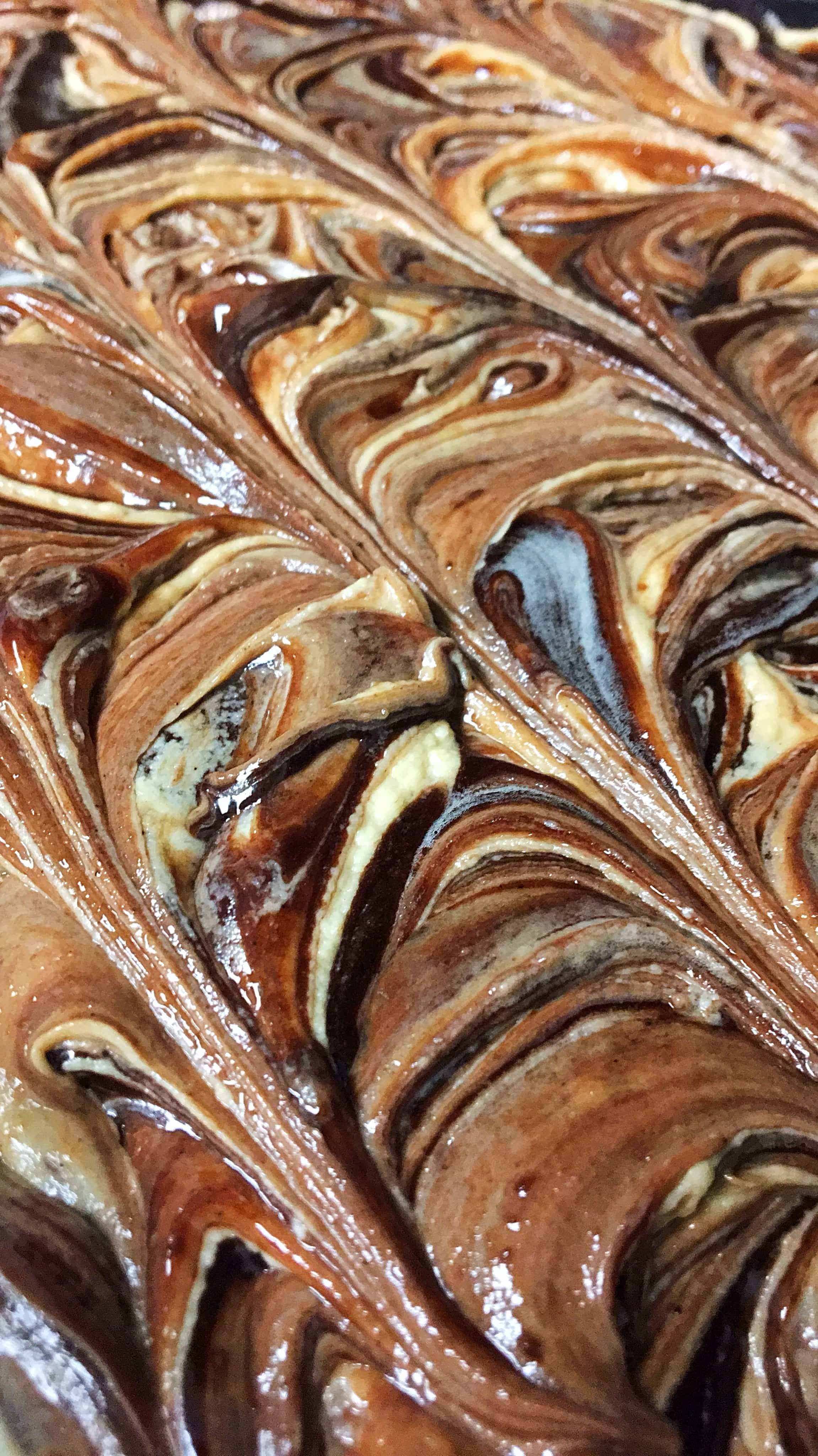 And here’s after baking. Don’t you think the swirls in these brownies look so pretty? 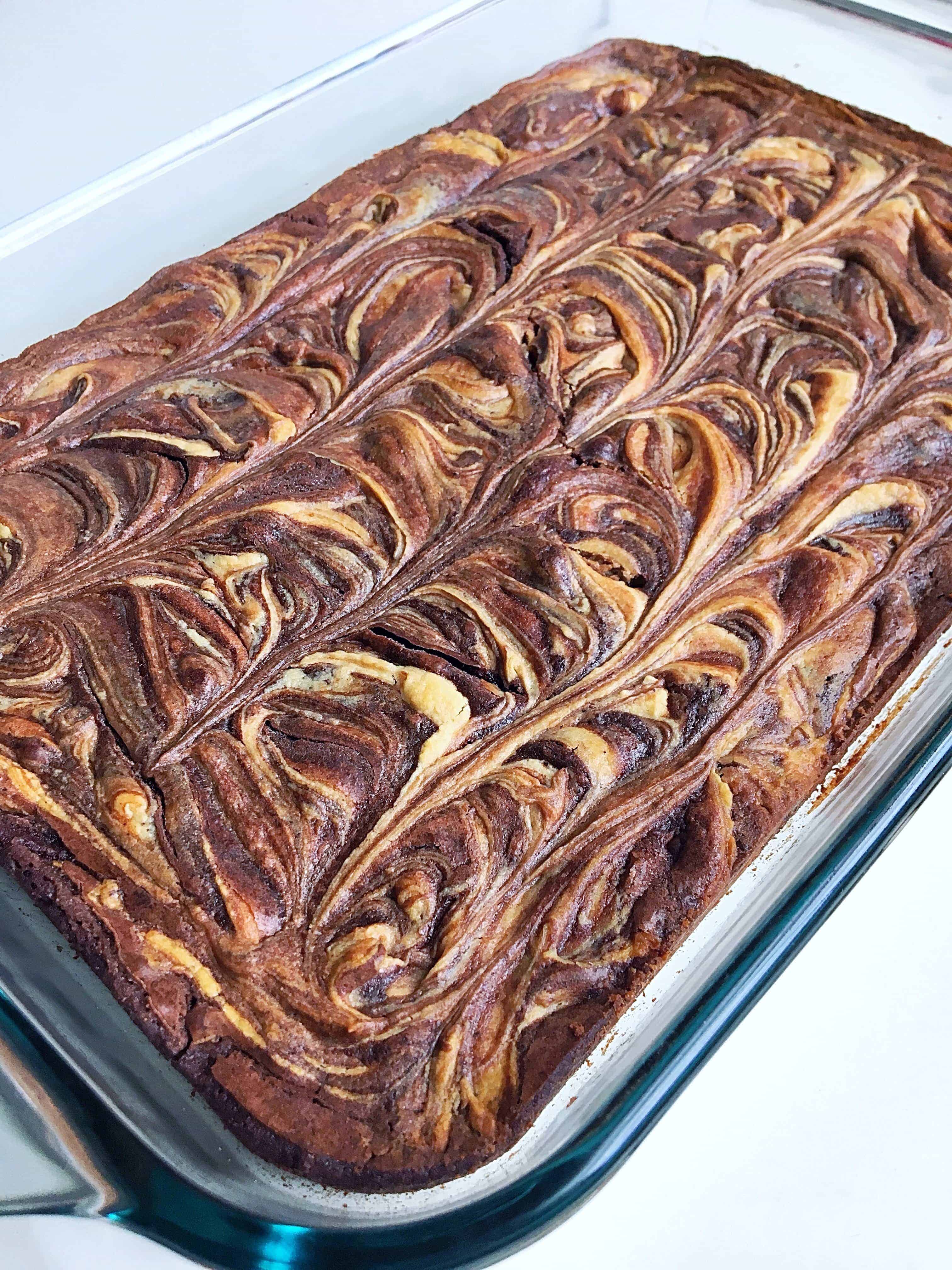 You see, box brownie mixes don’t have to be boring at all. They can actually be pretty amazing with a little something extra! 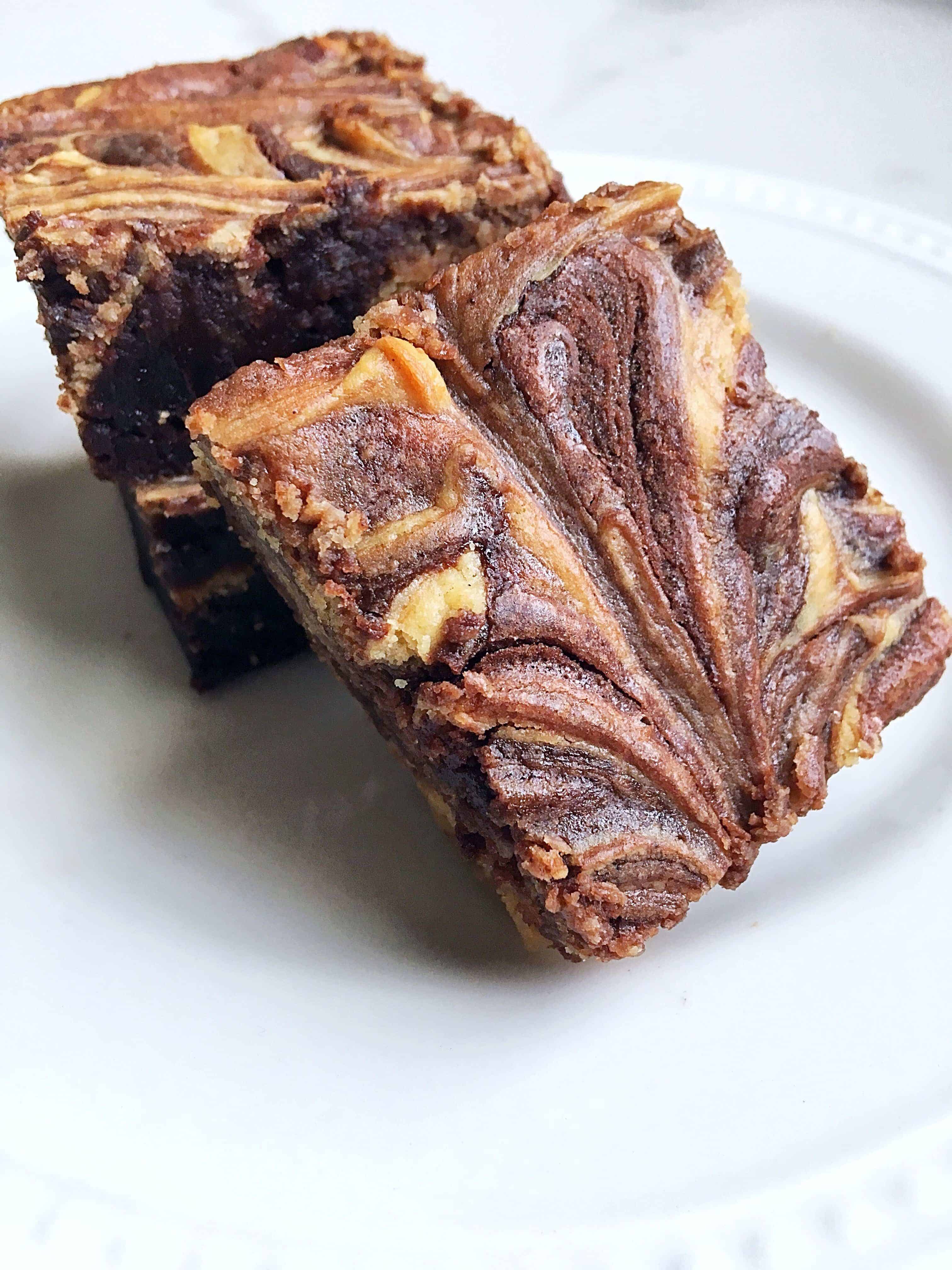 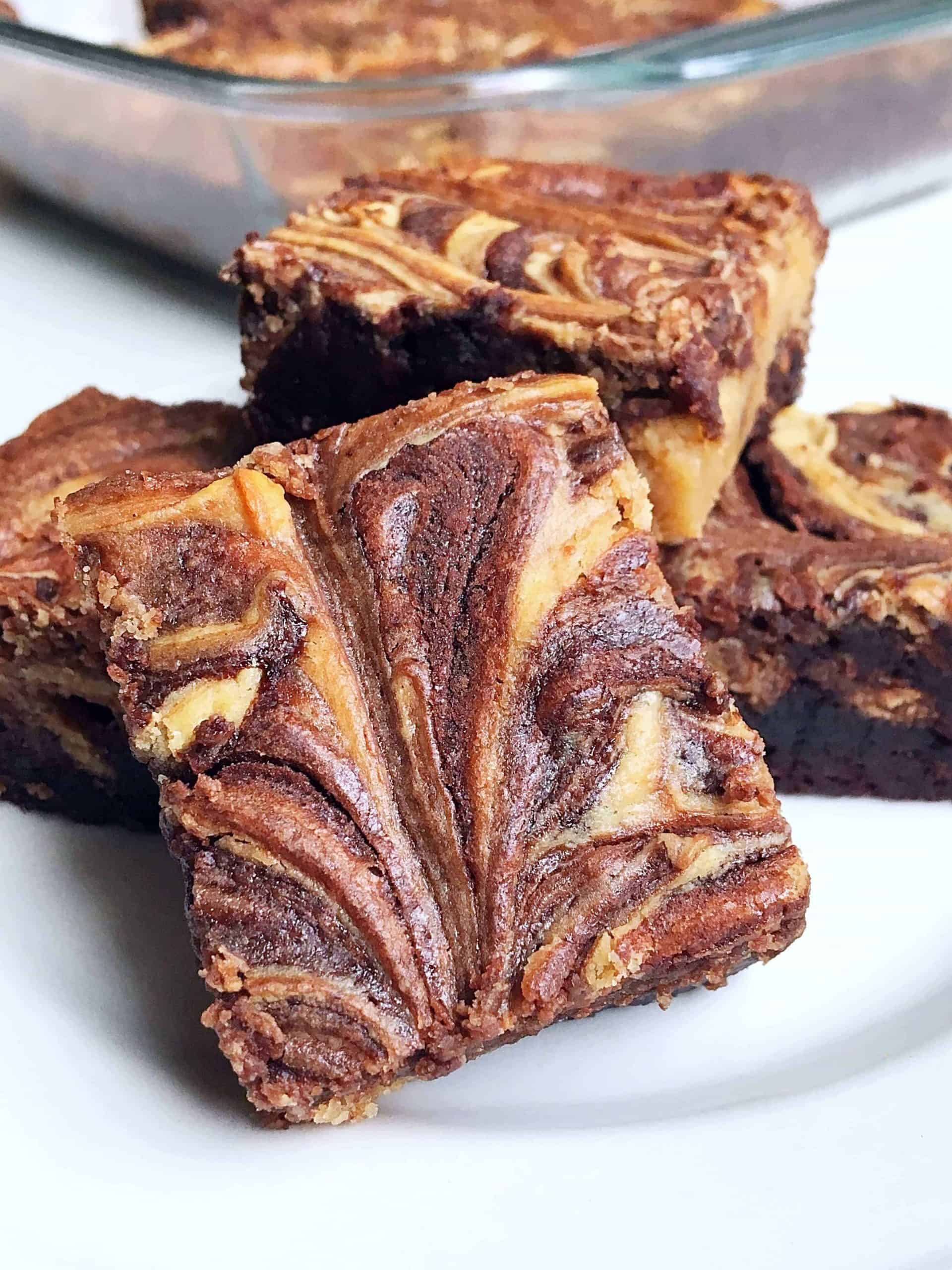 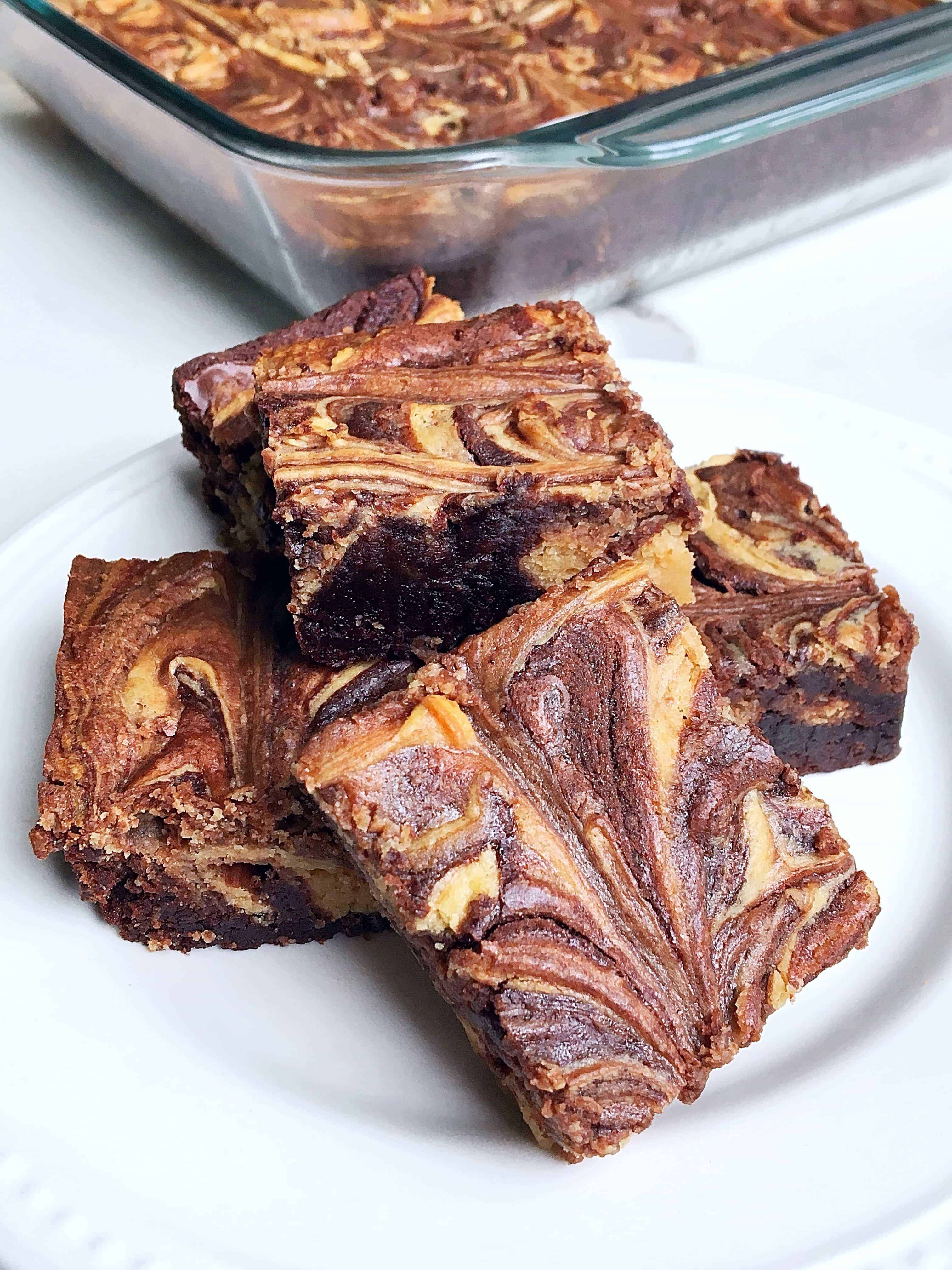 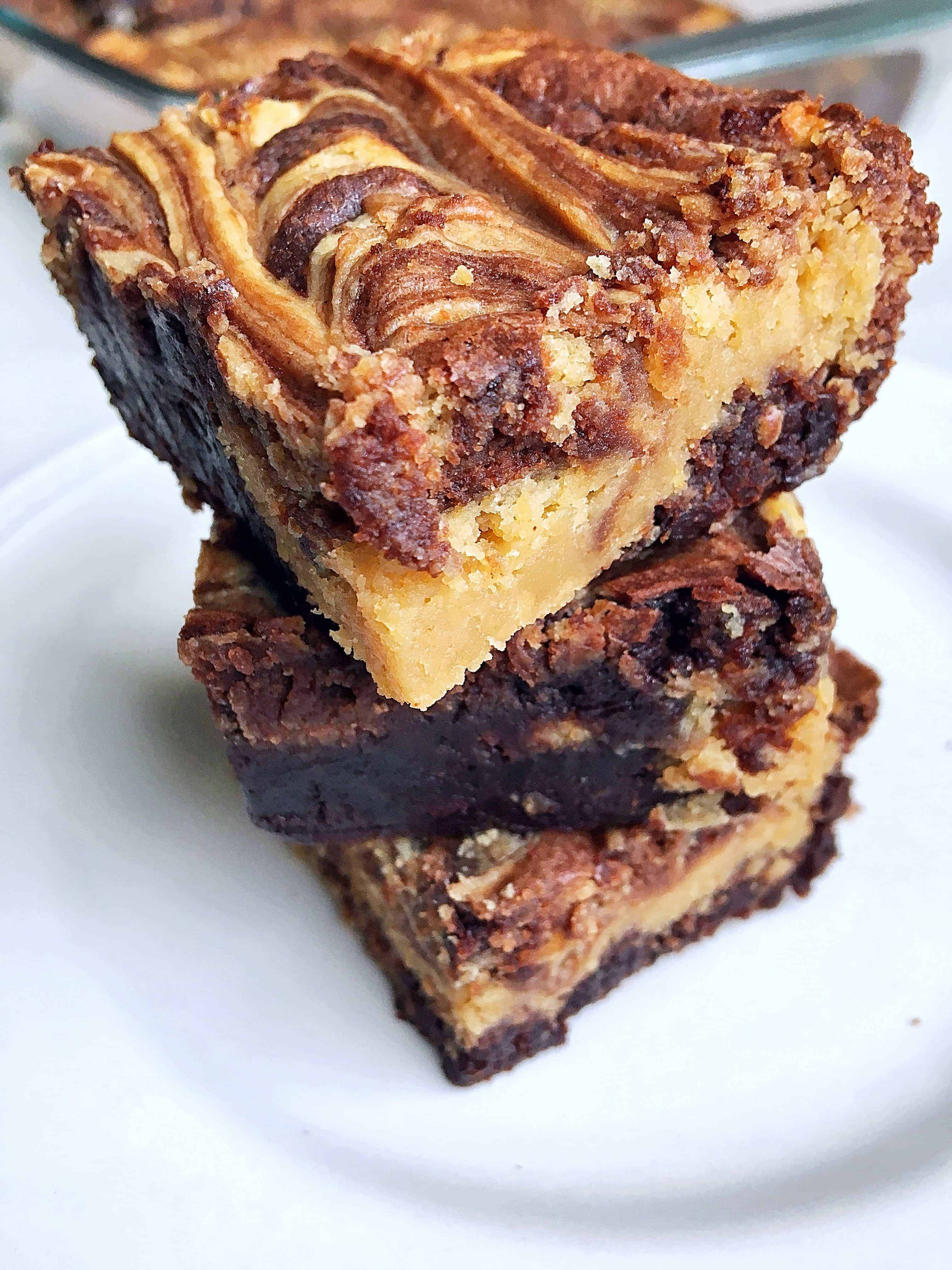 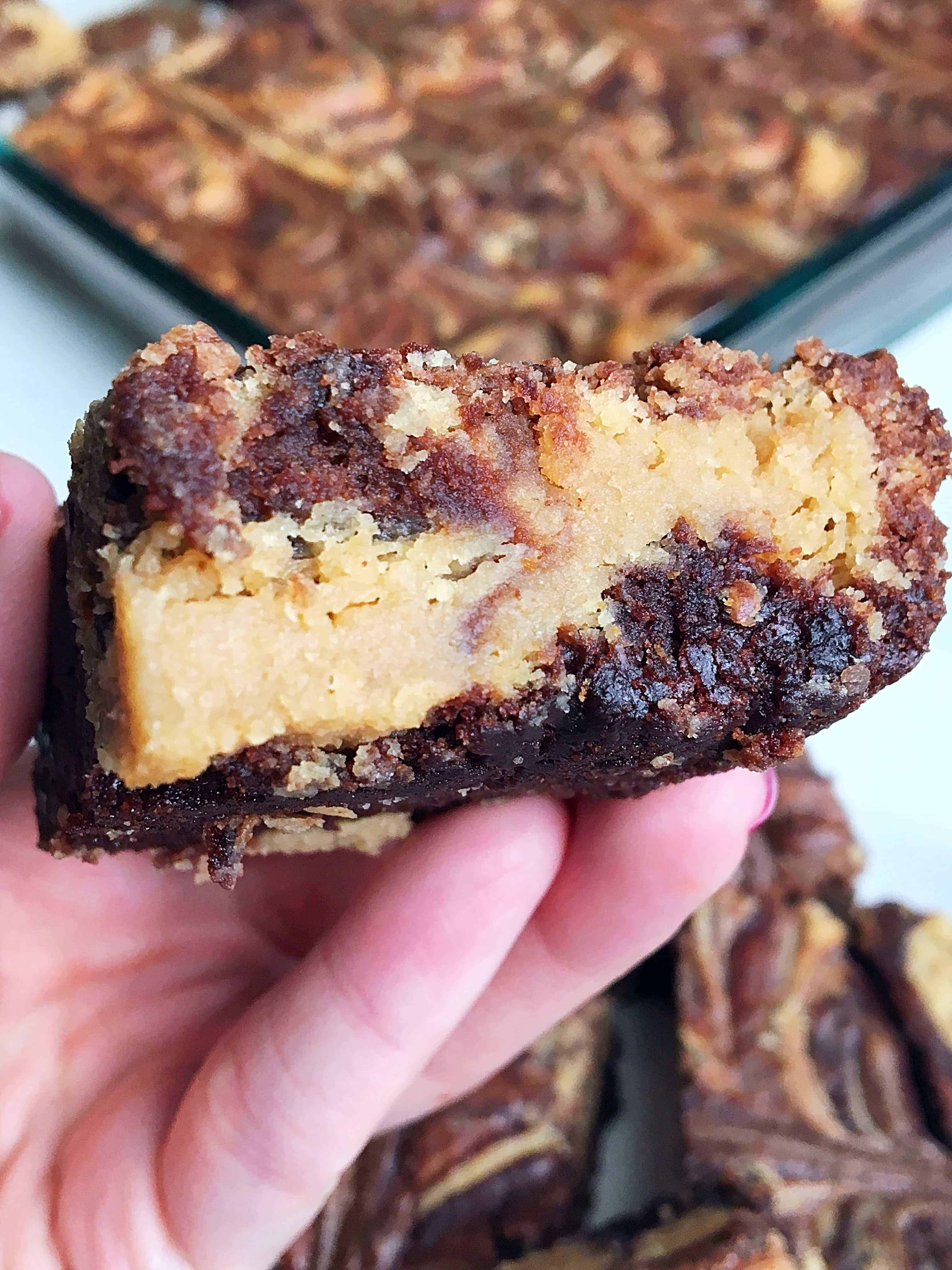 So next time you’re craving some brownies, I hope you’ll give my Best Ever Cheesecake Peanut Butter Swirl Brownies a try! These brownies are epically good, super easy to make, and are sure to be loved by everyone who tries them! Would you or someone you know love these peanut butter swirl brownies recipe?

Thanks for stopping by! – Cara

Pin Me For Later 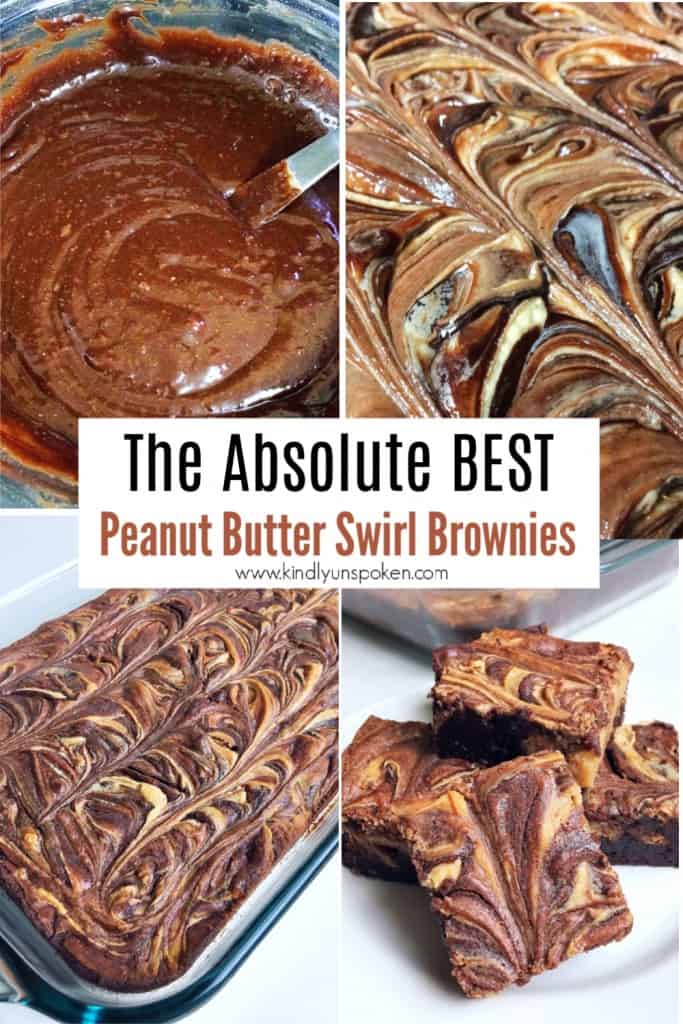 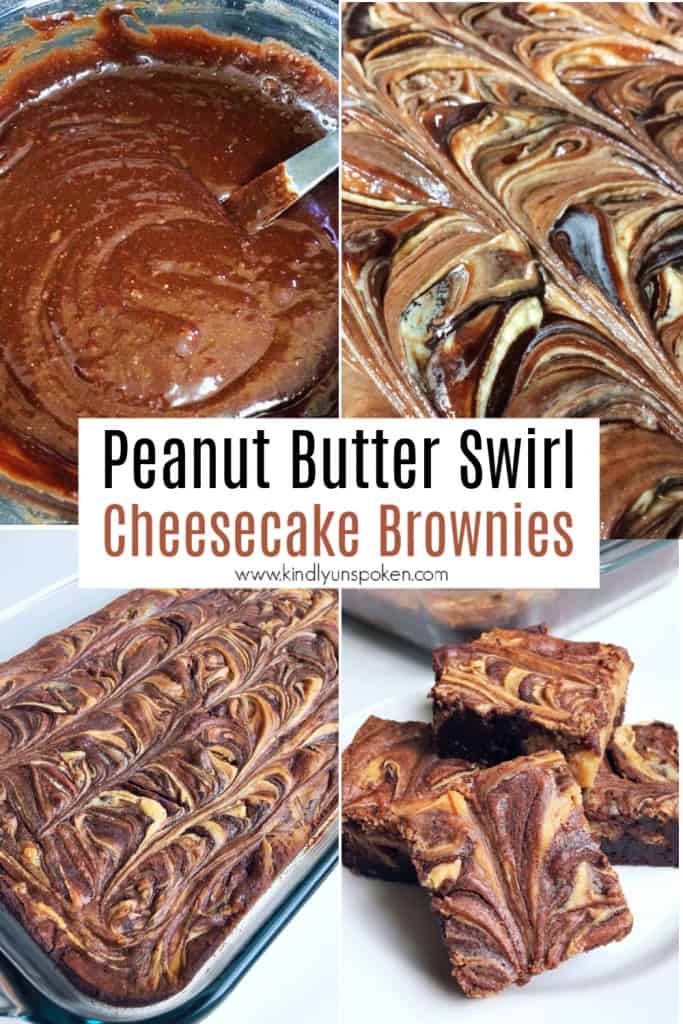 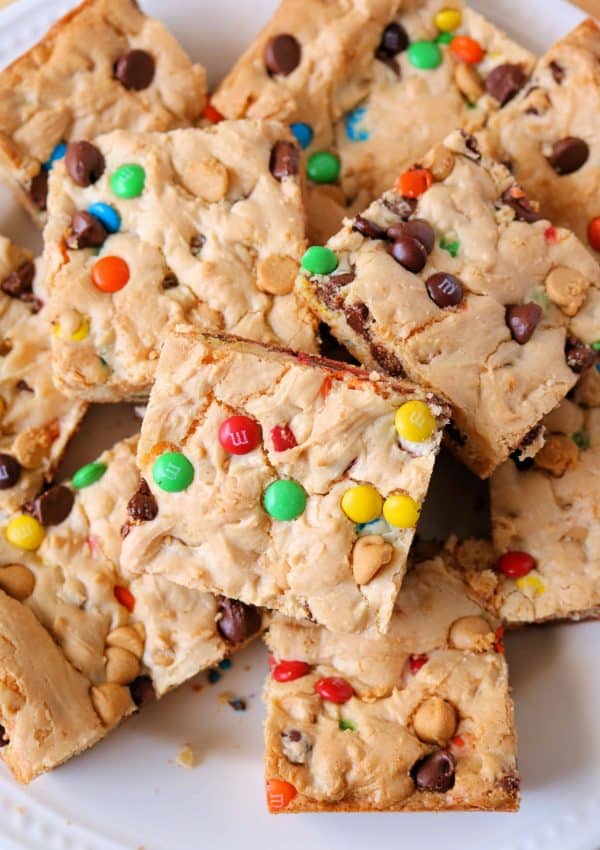 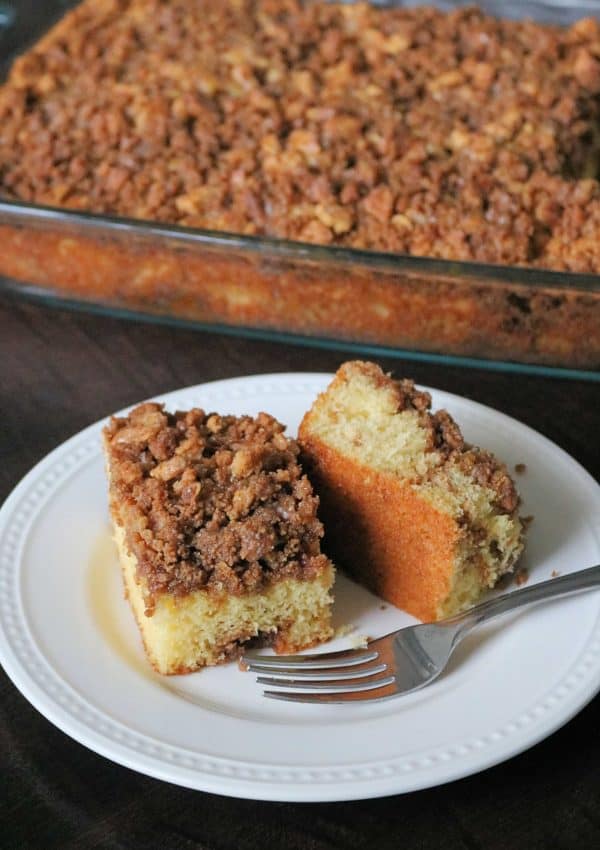 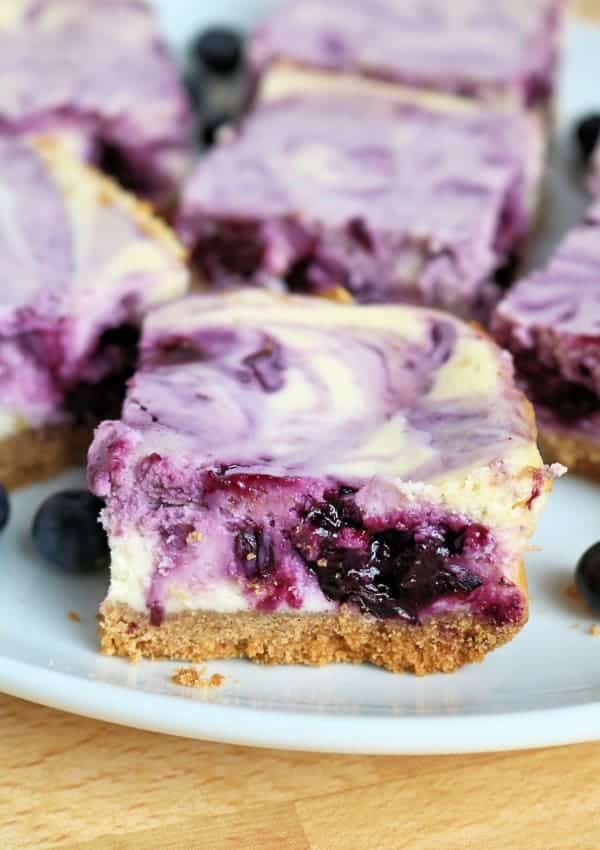 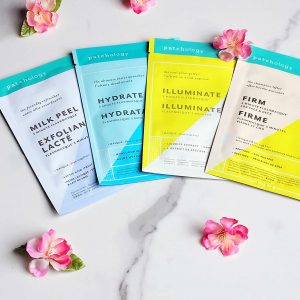 The Best Sheet Masks for Every Skin Need